Digitization Roadmap for the Maritime Sector in the coming years

Posted at 16:25h in Uncategorized by Aravind 0 Comments
0 Likes

The pandemic has taught the importance of digitization to the world undoubtedly. Why? The rate of digitization in the maritime sector has grown significantly since the outbreak. Now, the regulatory bodies such as International Maritime Organization (IMO) and others are pushing for technology adoption to ensure the essential supply lines across the globe will remain active despite the uncertainties. But digitization cannot happen overnight. It must be methodical and gradual so that it becomes a default practice for all.

A recent report published by World Bank and the International Association of Ports and Harbors (IAPH) suggests digitization could significantly enhance the performance and resilience of the maritime sector. Well, maritime being backbone of manufacturing supplies, it requires a robust digital strategy to thrive. The report also lists the arenas where digitization must be more focused chronologically.

Health Safety and Security of Logistics Frontliners with Wearables

During the pandemic, the healthcare workers were termed as the frontliners, but it is also to be noted that the logistics fraternity needs to be termed as frontliners. Why? Well, they ensured movement of freight from one country to another when the entire world was short of medical supplies. In turn, their lives were at stake and yet, they continued to be on the ground ensuring the supply lines are active to transport medical freight.

Maritime being backbone of manufacturing supplies, it requires a robust digital strategy to thrive. 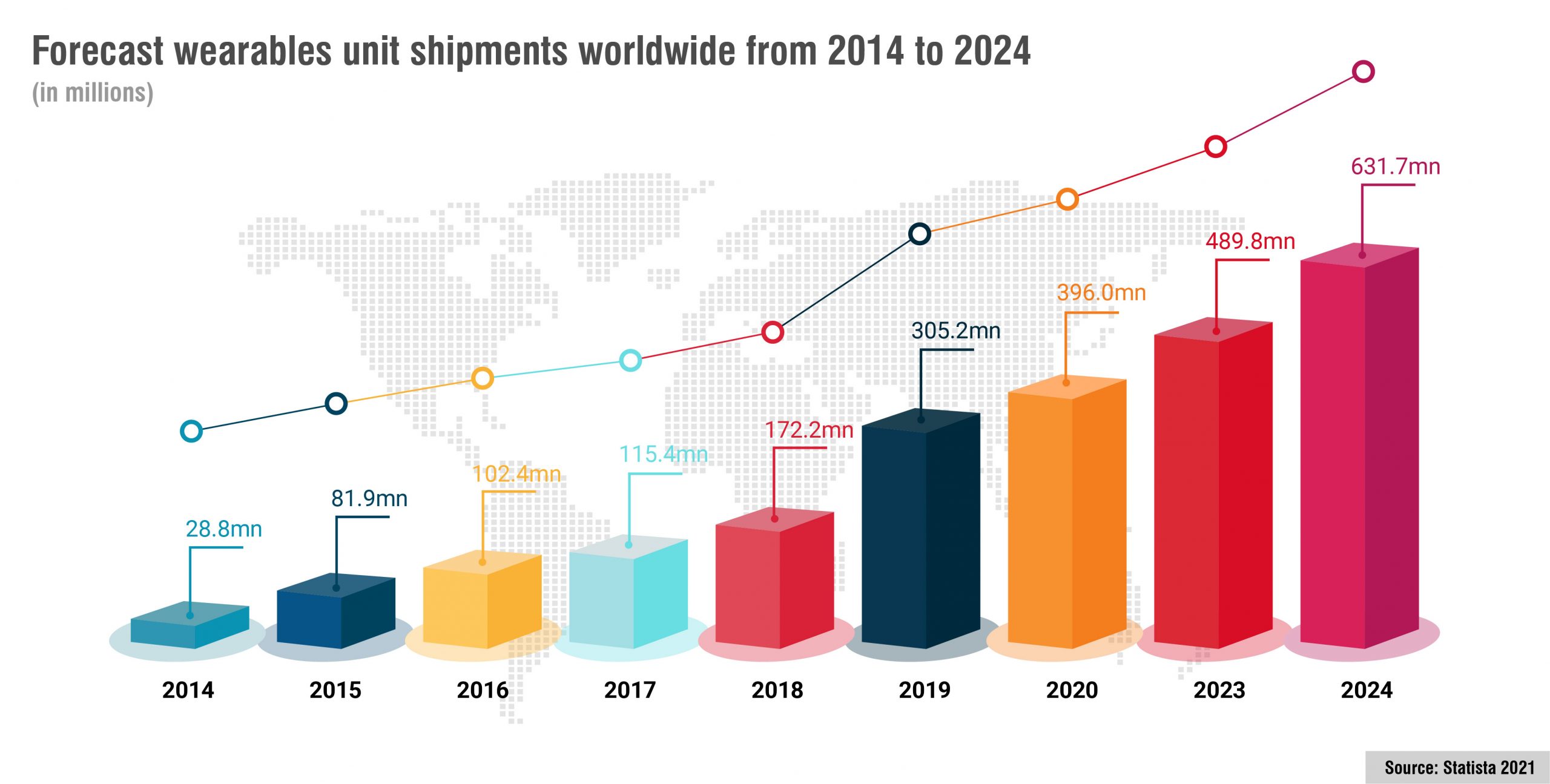 Through this period, immovable touchpoints were reduced and sanitized regularly. Yes, through common touch points, the virus thrives. But the most potential touchpoint and movable place for a virus is paper. It is said that virus could survive on paper surfaces for 72 hours. Thus, eliminating paperwork is the most essential task to save the lives of logistics frontliners.

Even during the pandemic, investments on online slot booking and EDI related applications were high, and it continues to be so. All this effort is to reduce the dependency on paperwork. Most importantly, to achieve complete digitization, frontliners are leveraging the power of electronic wearables.

Investments on online slot booking and EDI related applications were high, and it continues to be so.

Movement of cargo end to end and status on truck movement within and outside the port ecosystem as well as document approval status etc. is very much visible through electronic wearables. Smart Watches, Smart Glasses, Activity Trackers and Bluetooth Devices are some of the existing wearables widely used. These devices will find more relevance in the coming days.

Digital Push from IMO with FAL

Adhering to FAL convention protocols was the talking point in the maritime sector until the pandemic began. While business continuity was of utmost importance and now the world is returning to normalcy, the emphasis to adhere to FAL convention from IMO will sooner or later begin. In the coming few years, ports across the world will soon stick to these principles and the respective national governments too will push for the same.

The Power of Port Community System

Middle East, Asia Pacific and Europe have so far been the major investors when it comes to technology adoption. Now, North America is also an emerging contender when it comes to technology adoption. The ports in USA, Canada and Mexico are among the primary seaports connecting the world. With increased digital investments in these regions, the value of logistics IT solutions is all set to expand and soar exponentially as a market.